by Bronson O'Quinn
Creatives have to stick together. Bronson argues against an industry problem that says all art forms are not equal, perhaps not even valid.

Earlier this year, I attended an online conference for designers, artists, and other creatives. The organizers pulled the event together quickly and included a lot of creatives in the design, marketing, and advertising industries. It was here that I began to see a problem in our industry. During one interview, a speaker said she only read non-fiction books because she wanted to “learn in her spare time.”

The conversation continued as if what she’d said didn’t need further investigation. I, on the other hand, quit typing and scribbled down some follow-up questions. But they’d already moved on and no one else noticed what had just happened.

The speaker, in an attempt to prove her own productivity, implied that fiction is unproductive. People have all sorts of definitions for what is and isn’t “productive.” But in her eyes, fiction misses the mark. It’s useless.

To this speaker, reading or writing fiction is a waste of time. This is her personal opinion expressed as fact: Fiction is unproductive. We can learn from her careless use of language, though. It reinforces her shortsighted view that spoken or written prose is only useful to convey objective information.

As a fiction writer, this accusation seems unfair. After all, artists already have the unfortunate, nigh, impossible task of rationalizing their craft to non-artists, especially when they’re not making an income.

Ask any photographer how many times a potential client has said, “I’ll just use my phone.” Ask a designer how many teenagers they know who can use Photoshop. I guarantee when a client hears their rate, they name off all the nephews and nieces who could do “just as good.”

I once freelanced a few Creative Non-Fiction pieces for a local arts nonprofit. None of this nonprofit’s articles had names on them. However, they gave photography credits for all images, so I assumed this was the first time they’d outsourced writing. I asked if my name would be attached to the articles I wrote, and they didn’t bat an eye. I figured my hunch was right, that one of their staff had written the articles before. Maybe they realized writing was harder than they thought.

That was the wrong assumption.

After writing five articles detailing local artistic achievements, they published the magazine without giving me credit. Granted, they paid me (which is better than many freelancers can say). However, I was building my portfolio, and without a byline, I couldn’t prove I wrote them.

I also happened to work part-time at a writing-related nonprofit. One evening, I connected with a coworker who said she wrote for that organization and the same thing happened. Turns out, many of the staff at this arts nonprofit didn’t really consider writing an “art.” This seems to me a glaring industry problem, especially as they promote “the arts” in their mission statement.

I could reflect on that designer’s quote and point out how the millennial fascination with maximizing “free time” leads to burnout. I also don’t need to defend the positive effects of art on a person’s life, nor do I need to prove that “fiction writing” is just as valid a form of art as anything else.

We, as creatives, must stick together. It doesn’t matter whether you’re a writer, designer, photographer, culinary artist, burlesque performer, interpretive juggler, or anything else that raises eyebrows at family reunions. You are valid. Investing countless hours into your craft doesn’t give you the right to discount how someone else spends their time understanding this world. It doesn’t help them, it doesn’t help you, and it actively harms our entire community.

So, if you achieve an ounce of success, you owe it to the struggling masses to give them, if not a hand, at least your respect. And hopefully this helps the next generation of creatives create things beautiful, moving, profound, or even (dare I say it?) productive. 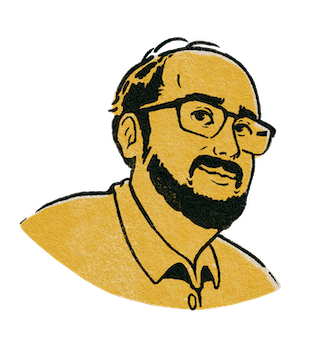 Want to keep in the loop with us? Sign up and stay up to date on the latest with our newsletter.

Over the past few months, we shared our support in the areas of reproductive rights, immigrant worker justice, and Kentucky flood relief.
read more

B Corporations are companies verified to meet high standards of social and environmental performance, transparency, and accountability.
read more

On the topic of outgrowing what you have, forging a path forward, and finding a way to make big moves without getting ahead of yourself.
read more